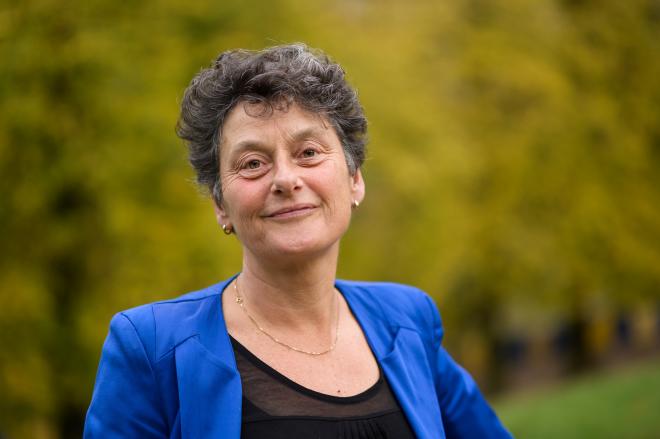 Tineke Strik is a Member of the European Parliament (MEP) for the Greens/EFA Group since July 2019. Besides, she is a Professor for Citizenship and Migration law at the Faculty of Law of Radboud University in the Netherlands.

I stand for a Europe based on values, where every person is treated with the same dignity and basic human rights

In the European Parliament

zIn the European Parliament, Tineke is Member of the Committee on Civil Liberties, Justice and Home Affairs (LIBE), the Committee on Foreign Affairs (AFET) and substitute Member in the Subcommittee on Human Rights (DROI). In the LIBE Committee, she is the co-coordinator for the Greens/EFA Group, Rapporteur on the Recast Return Directive(COM) 2018, 634). She is also rapporteur of the implementation report on the Return Directive (2019/2208 (INI), and rapporteur of the external dimension.

Tineke's focus in her work as a MEP is on Migration and Asylum Policies, citizenship and the Rule of Law. A thread through both of these policy fields is the protection of EU Values and Fundamental Rights. Some of her priorities are ensuring that Member States and EU agencies, such as Frontex, respect basic human rights including the right to asylum and the principle of non-refoulment at the EU's external borders; safeguarding that the European Union respects its own values and human rights standards when engaging in external action; pushing for the respect of the Rule of Law by EU Member States, and ensuring that basic rights such as citizens' access to an independent judiciary, equal treatment and minority rights are respected and promoted. 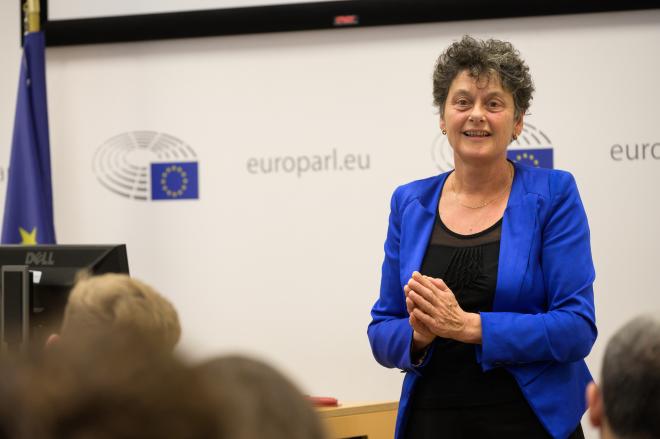 Between 2002 and 2006, Tineke was a Deputy Mayor of the municipality of Wageningen on behalf of GroenLinks. Her portfolio included a.o. Work, Income and Participation, Social Affairs, Culture, minority and integration policies.

Previous to those functions, Tineke has worked as a policy coordinator for international affairs at the Ministry of Justice (coordinating the Dutch position in the JHA-Council), policy advisor on Justice and Home Affairs in the Parliament for the Green group (GroenLinks), court secretary at the Aliens’ Chamber of the District Court of Zwolle, a consultant for legal protection at the Dutch Refugee Council, and legal advisor at the Youth Advice Centre Amsterdam (Jongeren Advies Centrum). She was also a longstanding board member of Defence for Children/ECPAT in the Netherlands.

Tineke wrote her PhD dissertation on the decision-making process of the Family Reunification Directive and the Procedures Directive and their effects on the national level of the Member States, specifically Germany and the Netherlands. Strik has participated in several European comparative research projects on the national implementation of European asylum and migration law.

She studied international public law, including human rights law and migration law, and Dutch law at the Radboud University of Nijmegen in the Netherlands. She wrote theses on the legal aspects of the state Palestine, on the legal situation of unaccompanied minors and philosophy of law thesis on the principles of an integration policy. One can find Tineke's publications here. 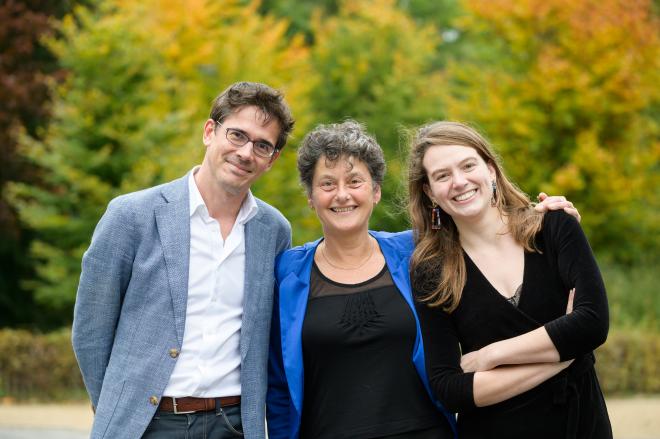